New malls seem to be sprouting up in Singapore and even in the recession, the Orchard belt is not tightening. What is comforting to know is that instead of the usual mix of the you-know-who tenants, malls like ION Orchard are differentiating themselves by offering new and new-to-market concepts.

Fashionistas are already anticipating the mall's launch. But foodies need not feel left out. ION Orchard has set aside more than 21% of their 640 000 sq ft space for food and dining options.

A briefing and sampling session was arranged for media to get a preview of some of the F&B offerings at ION Orchard.

I didn't manage to cover every booth in picture and sampling but already it looks promising. 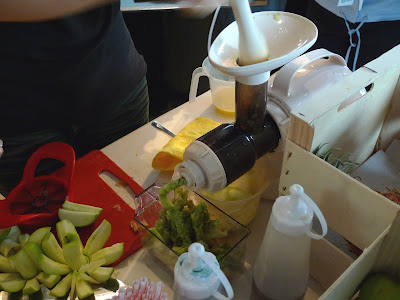 The above was a shot of the special juice extractor that Fruit Frolic uses. What's so special is that, unlike most extractors, it doesn't generate heat and hence preserves more vitamins, enzymes and nutrients. I tasted the pineapple as well as the green apple and loved both for their natural goodness. The green apple was surprisingly sweet with a refreshing tartness. I normally cringe at green apples as they are normally sour but not the ones here. Fruit Frolic also uses NO sugar and chooses ripe fruits that are in season for maximum taste and nutrition. 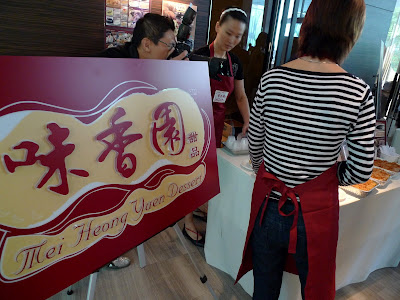 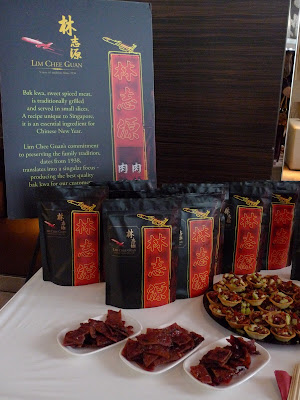 Also joining them and from the same Chinatown neighbourhood is Lim Chee Guan. The famous bak kwa (Chinese BBQ pork jerky) establishment that attracts an infamous queue during Chinese New Year, will also be launching its first expansion in Orchard. The 3rd generation boss, Jerre Lim, truly lives and breathes bak kwa! He believes that bak kwa is for any occassion and rattles off anecdots of adding bak kwa strips to instant noodles when he was a student in London, steaming rice with a piece of bak kwa and rolling pork floss into an omelette. 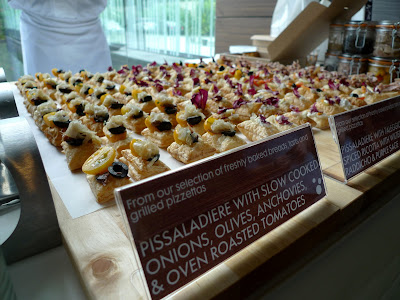 Touted as a tai-tai's favourite hang-out place, the Marmalade Pantry will be relocating from the current Palais Renaissance to ION Orchard. Apparently they've got some new offerings up their sleeves but are keeping mum for now. 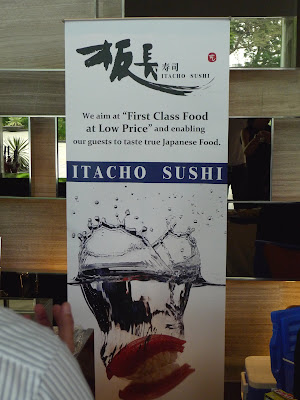 Itacho Sushi has stated their aim quite clearly. 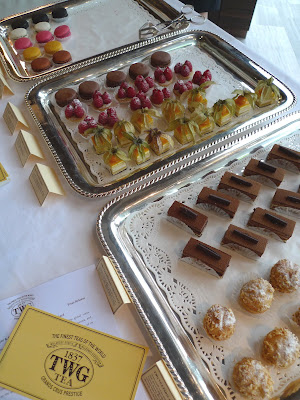 Fine tea specialist, TWG Tea, will be setting up their flagship store too. TWG Tea's has over 800 different types and blends of tea from every tea producing country in the world! Woah. That's plenty for three letters- T E A. 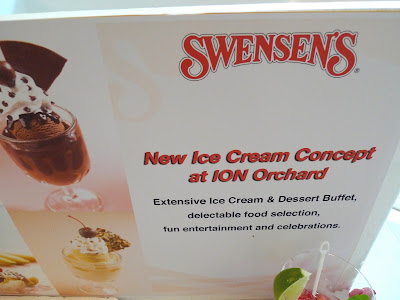 A familiar brand, Swensen's, will be setting up their biggest outlet. And only at ION Orchard, Swensen's will offer an ice cream buffet featuring 50 flavours of ice cream and 30 sundae toppings and sauces!! I'm just dizzy thinking about it but I'm sure ice cream fans will rejoice. 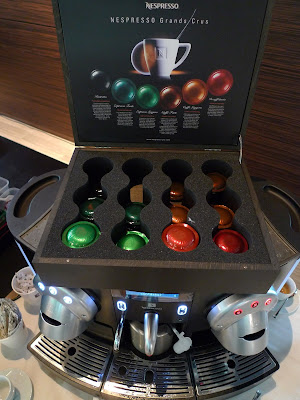 And with the rain pouring down outside during the preview session, it was warm comfort from Nespresso. A hot cup of coffee with its rich aromas and good body is such a pleasure after nibbling around. The machine is stylishly cool and the coffee powder comes encapsulated in a range of bright-coloured foil. Nespresso offers the Grand Crus of coffee.

Other shops to look out for includes:

- Taste Paradise, their flagship will be helmed by a Masterchef from Hong Kong.

There are also a few restaurants featuring celebrity chefs and keep a look out for gourmet supermarket, Three-Sixty from Hong Kong, which features epicurean offerings from Cordon Bleu, Fauchon, Dean & Deluca and Fortnum & Mason.

Thanks to Ashwin of Weber Shandwick for the invitation, and the management of ION Orchard for hosting this cow.

Chew On This: Guess which donut shop will be making a come back after many years? This is one for those who enjoyed their donuts during childhood. 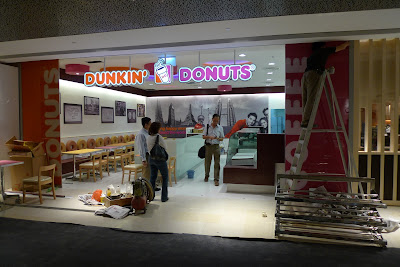 Nice! Wish I could sink I teeth into some of them. :P

Alexander: I think they should still be around for a while...hehe. I'm sure you'll have many goodies at where u are.

Ah been wanting to read this since you told me about the preview. Sounds like quite a few interesting new things to check out!

Dunkin Donuts! Yay!!! I'm not crazy about their overly sweet donuts, but I guess it's nostalgia that makes me excited to see their return. :)

Camemberu: Yesh, we should all go check out some place there! Now to contend with the crowd... Eeks.

Julia: Agreed. It's more of a nostalgia thing since the current donut chains weren't even on our shores then. Sigh...I feel old. Lol!