No, no, no. My companions for lunch that Sunday weren't called Big Head and Big Leaf. Rather, the terms referred to items we had for lunch. 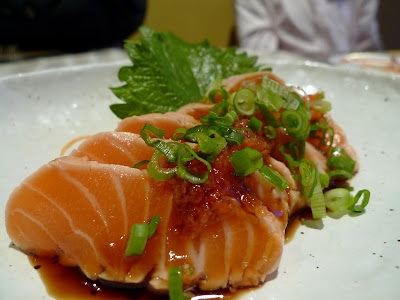 We started off with Salmon Tataki ($7.90). The exterior surfaces of the fish were quickly torched, giving the flaky texture of cooked fish while the insides remained ala sashimi. I thought this combination of textures went well with the accompanying savoury sauce. 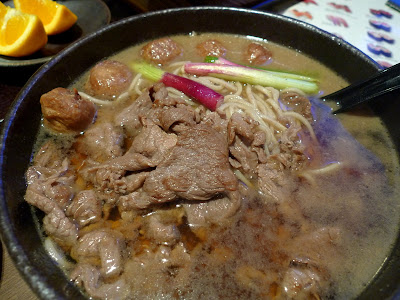 If one cow is not enough, have two! And that was what we did with the Double Niku Soba ($13.90). Thin beef slices and beef balls in a soup that was all cloudy with the protein precipitates. The soba was soft but unfortunately its subtle flavour was overwhelmed by the soup. But too much of a good thing is often bad and so it is with this soup. The sweetness of spring onions and a bit of ginger was just over-amplified after repeated mouthfuls of soup. 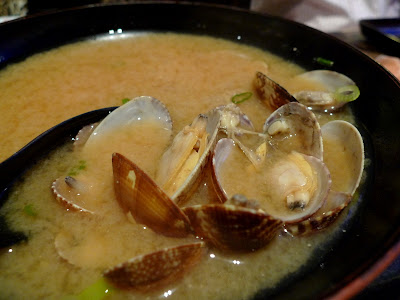 On to mooo-re soup. The Asari Miso Soup ($8.90) featured air-flown clams from Japan. Hot miso soup with fresh clams can't really go wrong.....except when there's sand. A real pity. We sent the dish back which was kindly replaced but though the problem was reduced, it wasn't entirely solved. 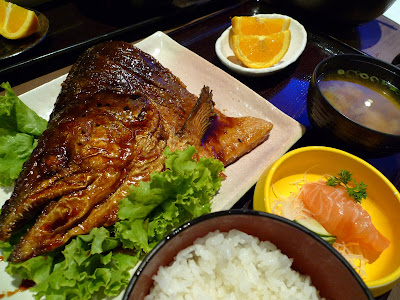 Now we come to Big Head. The Salmon Kabuto Teriyaki ($9.90 excluding rice, soup, salmon sashimi and fruits) was a huge salmon head that had fleshy chunks of flesh at the end and soft parts around the cheeks! The sauce was a little sweet and savoury against the oily fish. Fans of fish head should not miss this one. Allow 20 minutes cooking time. 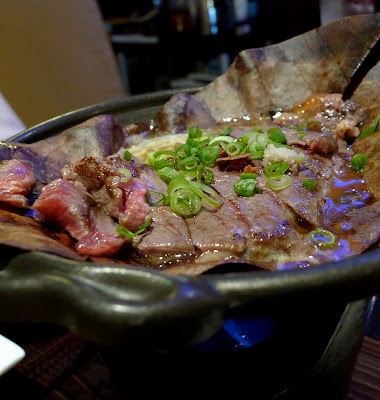 Big Leaf's turn. The Waygu Houba Yaki ($16.90) had slices of a thin beef steak on a big leaf. The beef was sweet and was heavenly when rubbed with some miso and butter that were bubbling gently from the heat below. 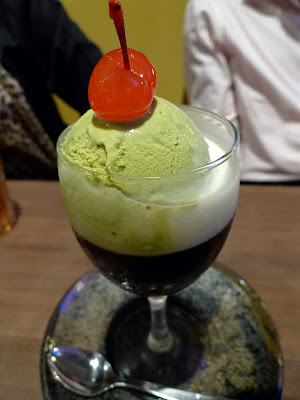 Dessert was the Coffee Jelly ($5.90) that featured common items but I found the works of slightly bitter coffee jelly, cool green tea and smooth milk to be better than expected. Interesting piece to end the meal. 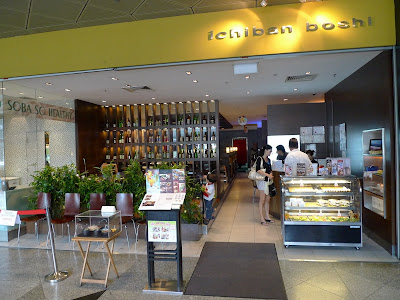 Chew On This: With each order of an ala carte main (like the Salmon Kabuto Teriyaki and Waygu Houba Yaki), you can add an additional $2 for rice or miso soup, $3.50 for both rice and miso soup plus fruits, $6.30 for rice, soup, fruits and chawanmushi, and $7.30 for the whole works plus salmon sashimi.
Posted by The Hungry Cow at 1:12 pm