East meets Wests. Ching Chong meets Billy Bong. Fusion food has been a touchy subject for a long while. Purist would frown with disapproval while the more adventurous would hail the 'marrying of both worlds'.

While I may not know much or have had much experience with fusion food, I certainly can taste and know if I like a particular thing or not. Personally, it's not so much about authenticity, originality, fusion or not. It's about liking what I eat.

Call it simplicity but I rather treat each dish in its entity. Learning about the origins, what insipirations it was based on etc is good as it enhances the appreciation of the work that has gone behind the dish. But when it is in my mouth, taste dominates. Do I like it or not?

So with that in mind and with my first Standard Chartered Full Marathon just the next day, this cow trotted down to Persimmon- the venue of Ladyironchef's December 2008 outing. 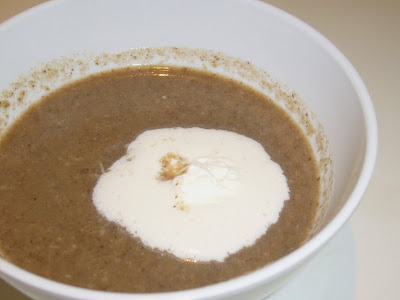 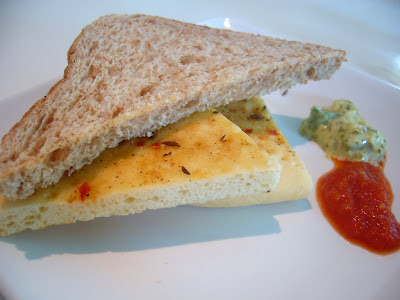 Bread was available and I was happy to load up on these. (Carbo-loading for marathon mah.) But the foccacia was too dense which made chewing a workout! I always knew chewing was great excercise. 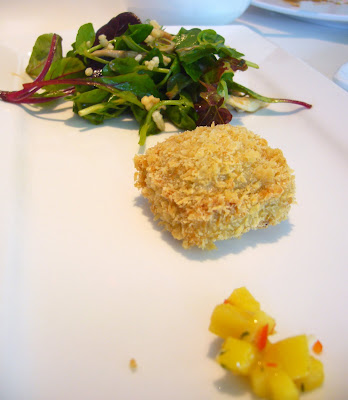 This plate consisted of the Hainanese Chicken Salad (in the background) and the White Pepper Crabcake with Mango Salsa (in the foreground). The former was essentially a green salad with poached chicken shreds and tossed in a fragrant soy-and-sesame-oil-based dressing. Now imagine having the flavours of chicken rice in salad, sans the chilli sauce. I thought it was a combination that worked! The rice crisp provided some more crunch and texture.

The latter had a moist inner ball of crab meat that was spiced with white pepper. This was apparently inspired by white pepper crabs. The mango salsa added some sweetness to this. Yums. 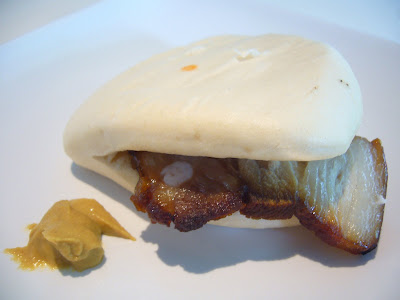 But the Kong Bak Pau was a let-down. Rather lean and dry, it proved disappointing. Even a dab of mustard failed to save this dish. 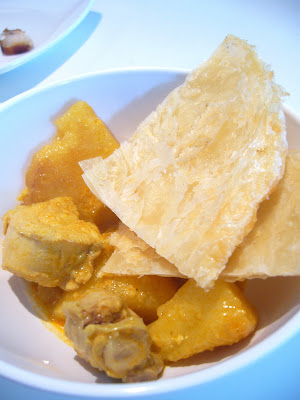 The Curry Chicken was decent and I went back for seconds and thirds. Not because it was outstanding but rather I needed to carbo-load on them potatoes. The Prata was crisp and I suspect to be of the frozen variety but while it may not be able to beat the prata shop's version, it was certainly still tasty. Worried about running a marathon fueled on curry (if only I had Indian blood!), I scaled back on the gravy. 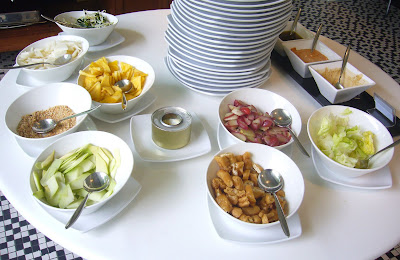 There was also Rojak which I didn't try as I tried to cut back on fibre. Run light I was told. 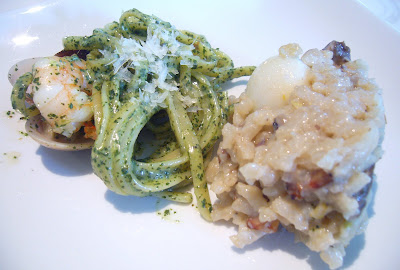 More carbs! Yay!! The Linguine Laksa Pesto had fairly fresh clams and prawn but was rather heavy a dish. The Eight Treasures Risotto sounded intriguing but fell flat. I didn't take to its mushy texture nor its uninspiring taste. 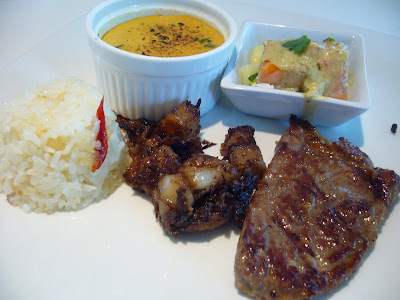 Here's a whole load of smaller dishes on one plate. The yellow custard thingy at the back was actually Otak Creme Brulee. O-what??! Yea, Otak Creme Brulee. Lightly caramelised at the top, the squishy spiced fish custard was weakly spiced, over-lemak and had small chunks of dory fish within.

To its right was the Slow Poached Salmon in Green Curry. Exotic-sounding, no? I found the oily fish out of sync with the green curry. 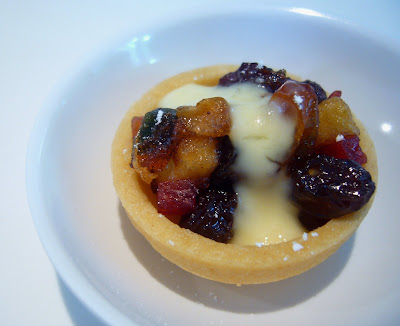 There was a spread of desserts which I didn't really sample. Was still suffering from palate shock. Lol.

Overall, I found the food interesting though I think Persimmon should work towards flavour harmony over contrast. A number of the dishes really confused my taste buds, not in a teasing way but such that the flavours just didn't come together right.

I certainly am happy to have given it a shot. Those whose taste buds are jaded and are looking for oriental/local touches in Western dishes should check Persimmon out.

I shall not confuse my personal preference with the efforts that have gone behind this lunch. So thanks to Ladyironchef for organising and Sharon & Helena of Persimmon for hosting us! 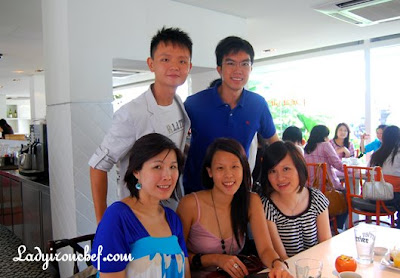 Glad to have met Jaime-La-Nourriture, Evan's Kitchen Ramblings, Alice and Ee Ling who were all seated at the same table.

By the way, Persimmon now offers a very affordable ala carte weekday buffet lunch at $20nett and dinner at $25nett! Just add another $5 for weekend buffets. This is a good way to try their food. I see some interesting new items for the buffet. Pork Rib Soto or Prawn and Bamboo Shoot Ravioli with Tom Yum Sauce anyone? 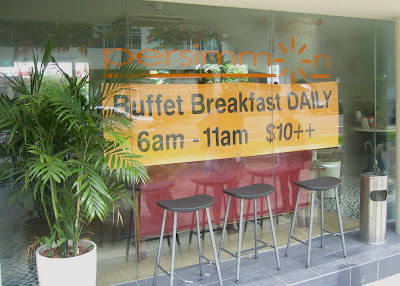 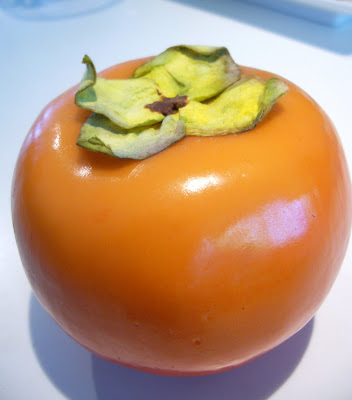 Is this persimmon real or fake?
Posted by The Hungry Cow at 10:24 am

wah! you are a few months late! hahahaha. been eating too much no time to blog eh? see you tml :)

omg leroy, how come u r posting this now? haha, better late than never i guess, i haven't even posted it!

Have always loathe fusion food but tempted to try every time i passed by that place. The huge banner works! ;)

The pesto looked sickly and I am shocked at the Kong Bah Pao.

ladyironchef: Unfortunately, your're right. Lol. Friday meet up was fun! Till the next one.

evan 이벤젤린: Heys, you're most welcomed. I think your backlog must be growing healthily too. Hee. Till the next one too!

Peishan Y.: Go give it a shot, if just for the sake of trying something new.

ivn: Yea, they got me all confused and shaken up!

wow leroy, that was late! ha busy with school!? all the best for ur upcoming exams! :)

Exams here in a week plus! Eeks. Wishing you all the best for yours as well! Let's catch up during ze holidays.

Eh Mr, this is serously overdue~~