So with just one minimal light switched on, I hurriedly cooked dinner as The Fast & The Furious on Channel 5 Earth Hour was ending.

And I ate alone quietly in the dark with only the soft glow from my laptop providing some illumination. Oh yes, how I took electricity for granted. It's always available at the flick of a switch right? 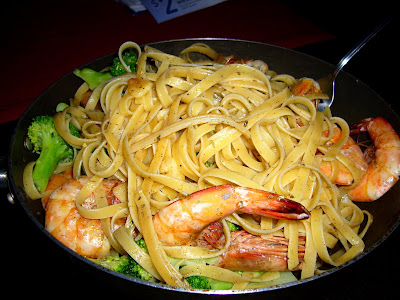 Being a food blog, here's a peak at my dinner- Prawn Aglio Olio. With the lights still switched off of course. That's when I appreciated another light source. Thank God for flash!

Else my dinner would have appeared to you guys like so: 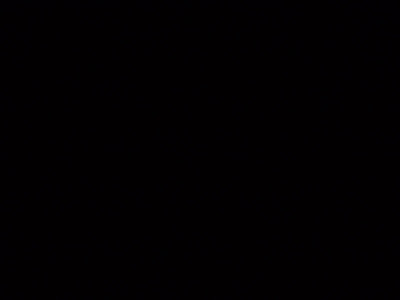 This is the same shot without flash. No joke.

Earth Hour was a good time for retrospection. One hour in darkness could actually be therapeutic too. Hmm... so if it's so beneficial to Earth, Earth Hour should be observed at least once a month instead of just once a year. That way, it'll be a sustained movement with increased benefits rather than a one-shot publicity blitz.
Posted by The Hungry Cow at 1:22 am

Las montañas: It's fettucine! but now that you've mentioned it.... Hahaha.