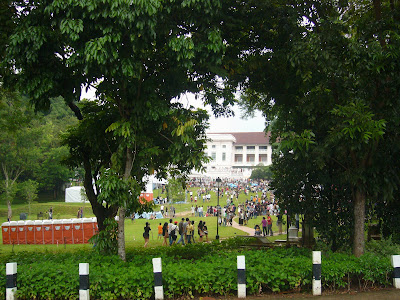 Wee!! We're approaching the end of the first quarter of 2009 but I still have something in 2008 to shout about!

I was delighted to get an invitation to Ben & Jerry's Chunk Fest. Yes, an ice cream festival in the park. And it was at Fort Canning Park, no joke.

While the venue wasn't the best unfortunately due to the rain which made it slightly muddy and humid, the atmosphere was carnival-like with hordes of people streaming in! 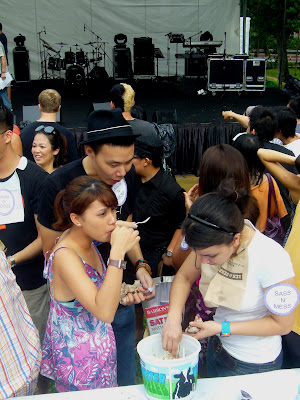 I watched in amusement as teams raced to finish off the Vermonster. What monster? *Hold your breath* The Vermonster features 20 scoops of ice cream (Ben & Jerry's of course) with 20 scoops of toppings such as whipped cream, chocolate chip cookies, hot fudge, walnuts etc on top of a giant brownie!! Somehow the photo above looked more serene that the actual mayhem. Lol. 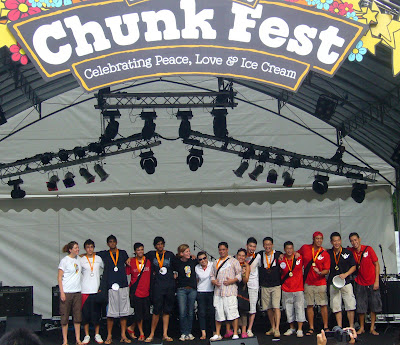 Proud winners and runner-up teams from the Vermonster competition. I think they're ready for a full marathon now. 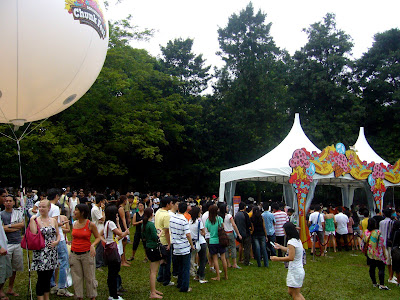 Ice cream there was a plenty and people queuing for them were even more numerous. A single scoop went for $4.50, double at $8 and triple at $11. Imagine 34 flavours of Ben & Jerry's! A scoop of each and I think I would surely be in heaven. 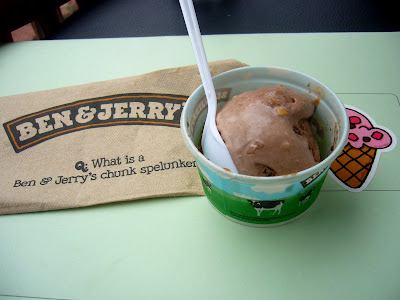 Exclusive to Chunk Fest were a dozen of new flavours that were made available just for that day. I managed to try one of them, the Chocolate Peanut Butter Swirl, courtesy of the PR folks at Bates 141. All I am gonna say is that chocolate and peanut butter make best friends. 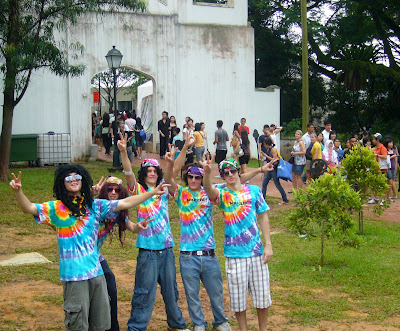 Being a festival, it wasn't just about good ice cream. There were beers from 6 Drunk Men, air-brush tattoo artists, gypsies and caricaturists among others. Come evening, local bands take the stage to inject mooore moosic. It's all about fun.

Lastly, the slogan behind the Ben & Jerry's T-shirt says it all in a hippie fashion. Peace, Love and Ice Cream. 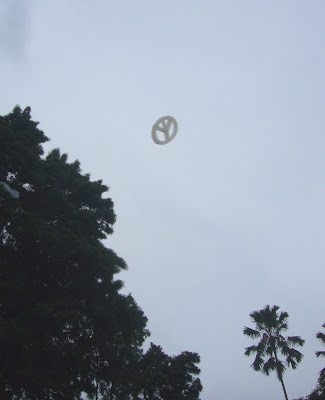 Indeed. So here's to world peace and moore ice cream!

Special thanks to Moe Moe, Wwei Lim and Malvina of Bates 141 for the invitation and hospitality, and Ben & Jerry's for Singapore's first ever ice cream festival. 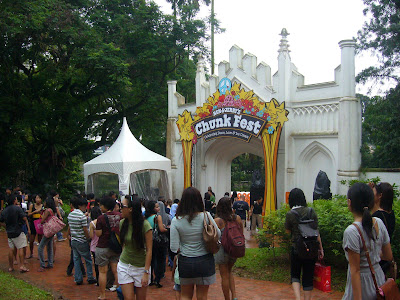 Chew On This: Ben & Jerry's was founded in an old gas station in Vermont, USA, by two childhood friends and activists who today still insist on using milk and cream from cows free from hormone treatment. With other perks, life must be good as a Ben & Jerry's cow!
Posted by The Hungry Cow at 9:06 pm