There always seem to be a bit of ramblings and nudging in the League come every Oktoberfest. 2008 this year, we made it.

Having received a publicity email about this particular Oktoberfest from a friend, I shot off emails, smses and msns to sound it out to the League. So those of us who could make it gathered at NUS. Yes, it's a university but it's also where the Oktoberfest was at.

Upon arriving at KR-50, hungry us went straight for the food which was laid out in a buffet setting. 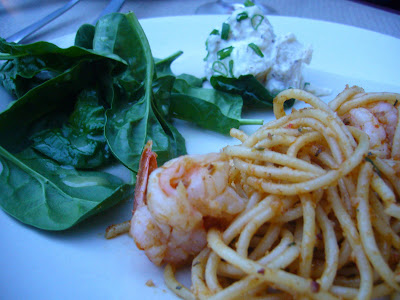 Fresh spinach salad to comfort oneself that dinner is 'balanced', a rather good potato salad and an interesting but dry Laksa pasta started me off. 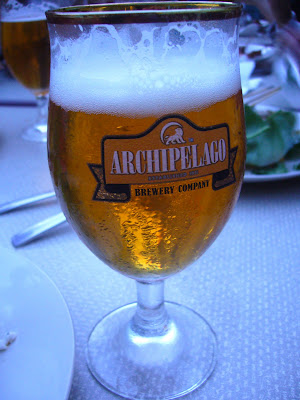 Being padded for alcohol, I went for my first beer. I was very happy to see the Archipelago range of beers on tap. It was my first time trying them out and I found them interesting with Asian flavours such as orange peel, ginger, lemon grass and star anise and even assam! These beers were brewed to match Asian food. My favourite was the Explorer which was smooth and rich with a bready flavour. 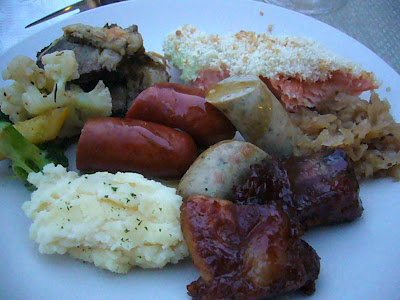 Then it was on to more food with the German sausages, mashed potato, sauerkraut, beef wellington, baked salmon, grilled veggies and pork ribs. Feels like something's missing? You were greatly missed, Pork Knuckles. 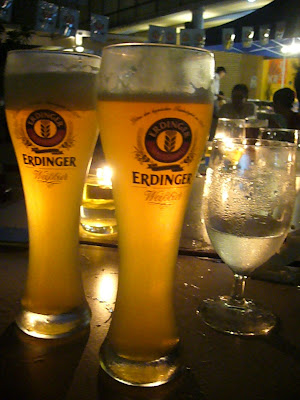 And what's Oktoberfest without German beer? Also available on tap were the Erdinger Weiss and Dunkel. Yum. 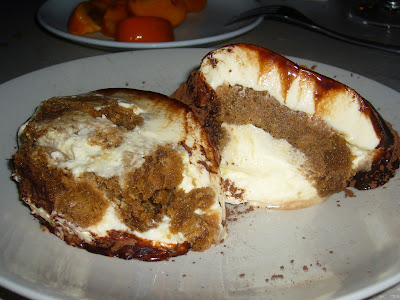 Tiramisu and fresh sliced fruits were the night's dessert. 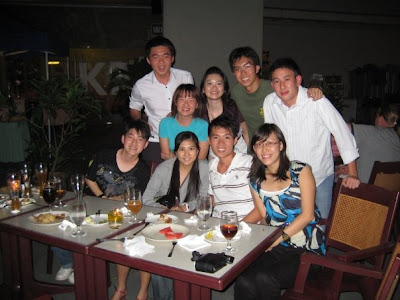 It was a good night of food and beers among good friends. The cool gentle evening breeze seemed to ease away the week's stress. Or was it the beer?

Besides the pork knuckle, the other important thing that was missing was the rowdy loud festive, jovial atmosphere that I had heard all about Oktoberfest. Oh well, at $38nett for the buffet and free-flow beers I couldn't possible expect a live band from Munich can I?

Maybe next year, we'll try another Oktoberfest. Hopefully, we'll experience some of that festive magic then. 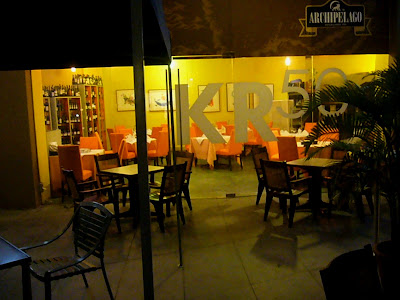 I feel kinda enlightened after your post. I didn't even know KR-50 is named after the road. Shame on me! Haha..

peiyan: Haha. No worries. It's quite ulu afterall and at least now you know!! :)