Phew! The last week or two have been simply crazy. Read: Overloaded. Juggling too many stuff really wears one down but I'm glad that I had a small part to play in GovWare yet again! More importantly, it was the repeat chance to meet and work with the jolly Globewerkz bunch that was truly enjoyable.

Forget Wall Street. In these times, a $2.50 plate of Char Kway Teow from Hill Street may be more comforting. 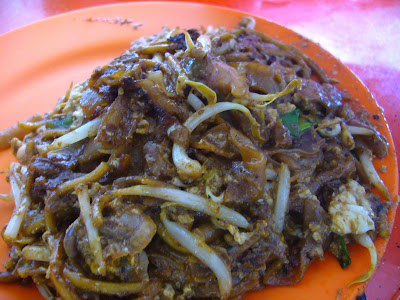 Moist and with a considerable heat from the chilli to counterbalance the sweet sauce, the Char Kway Teow here is not for kids...unless ordered without chilli (how boring). Pieces of fishcake, lup cheong (Chinese sausage), egg and beansprouts dot the plate of kway teow. Oh and the hum (cockles) were present too.

Hello to bbpw! It was nice bumping into you. With two plates of Char Kway Teow, hope your travelling was worth it. 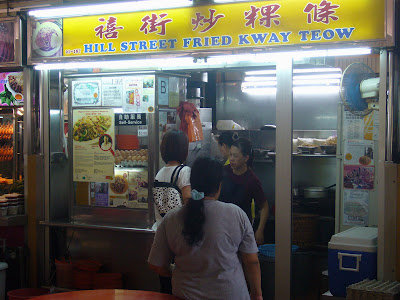 Chew On This: This stall has received many awards/accolades, including Makansutra's Street Food Masters! But don't be buoyed by these awards, go try!
Posted by The Hungry Cow at 10:48 am