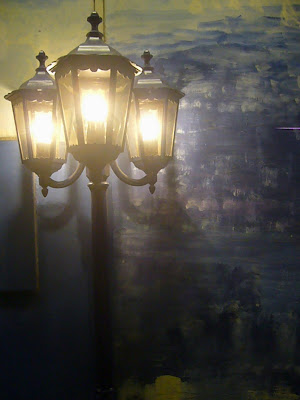 It was a cool, gloomy evening. The rain pattered down as if trying to deter hungry folks from the meeting place. It was in vain as the stomach is a very strong organ with a very strong will.

The occasion was the 3rd SLA (Steak Lovers Association) Dinner at The French Stall. The SLA was just started a few months ago and a causal group of steak-lovers aimed to meat once a month for steak. While the SLA sounds like some government organisation, embassy staff aside, it was not. But it does seem to give the impression of serious cow-hunting, beef-chewing folks. After this dinner, I suspect the SLA is just an excuse to meet up for a steak meal. Doesn't matter so much if it's a tenderloin or ribeye, wet-aged or dry-aged. It's all about simple enjoyment. And I'm enjoying it. 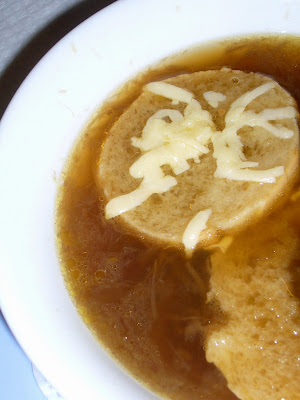 Going for the Executive Sirloin Set ($25.80), the meal started with a French Onion Soup. Ah yes... Cool evening, warm soup. Certainly made good sense. The melted mozzarella cheese on the slices of baguette floating atop the soup was a nice touch though I would have preferred a more robust-tasting soup. 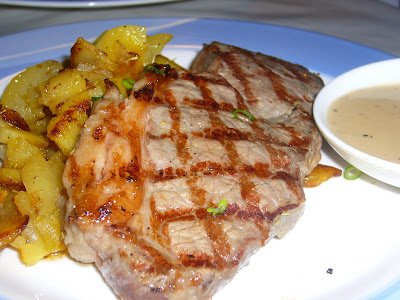 The sirloin was nicely done, with grill marks, to my requested medium-rare but was relatively sinewy and thus needed more chewing. The flavour of the beef was mild. Maybe that's why they served it with a sauce. Speaking of which, the black pepper sauce was quite different here. It had a more creamy feel to it than the pungent spicy versions elsewhere. Do request for your sauce to be served separately so you can actually taste the beef first.

On the side of the steak was an utterly delicious serving of sauteed potato slices. Rosemary and butter maketh THE potato. Amen. 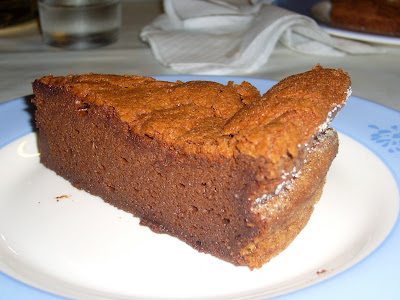 For dessert, the Special Dark Chocolate Cake was brought to the table. It was soft, moist and had a texture of a spongecake-souffle combination. A light dessert to end the meal but I can't help it....more chocolate please! 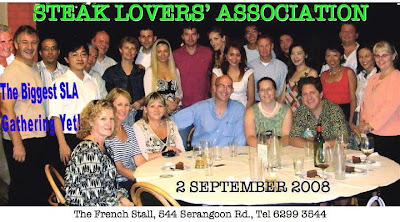 Thanks Thomas for putting together this dinner (and for the above group photo) and it was great to meet you guys! Till the next one then and hopefully there will be no corkage so we can BYO wines. I knew something was dearly missing.

If you like steaks, do join us for the next one in October! 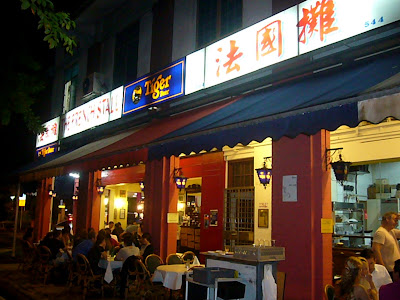 Chew On It: Spend an average of $40 per person and you'll get to enjoy a 1 hr body massage from only $35 nett. This offer is from My Tulip, a massage shop opposite The French Stall. Pretty creative leveraging, if you ask me.
Posted by The Hungry Cow at 11:40 pm

how does one join the SLA?

yuffyyuffy: I've passed your details to the organiser. See you at the Oct dinner! :)

I wouldn't know which to eat first. They all look so beautiful.