In the month of June (not too long ago), the Makankakis descended on Wo Peng Restaurant for our usual monthly dinner. 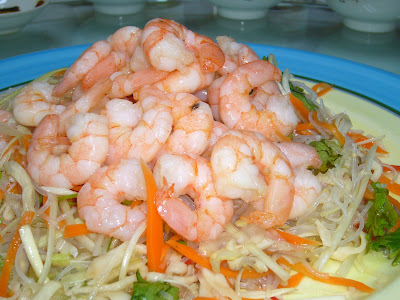 Dinner kicked off with Cold Prawns with Lime Sauce. I would have preferred the prawns to be more chilled but then again preparing a dinner for 80+ people is no easy task, especially for a rather small restaurant. 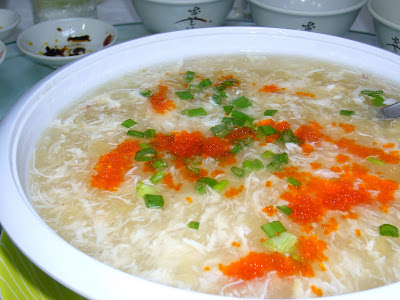 The second dish of Dried Scallop, Caviar, Diced Winter Melon Soup was sufficiently tasty from the dried scallop and resembled the ever-popular Shark's Fins Soup in many Chinese restaurants. The 'caviar' was most probably referring to the Tobbiko that was scattered on top. Small orange balls that burst to add a briny touch to the soup. Interesting. 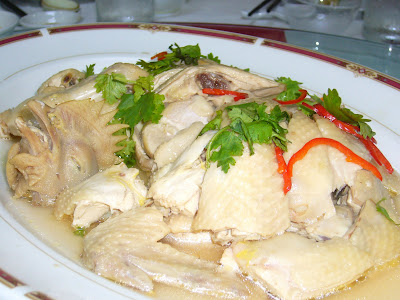 For a country that loves chicken, chicken is a must. The Whole Kampong Chicken with Ginger Scallion Sauce was much leaner than the usual chicken and was also less meaty. But it had a stronger flavour and this went very well with the ginger scallion sauce which was very aromatic and robust. TTC went on to reveal that the sauce was made with a special kind of ginger. When this dish made its appearance, I honestly had no idea what it was- Stir fried Fresh Fish Maw with Green Chilli . The 'strange' looking things turned out to be fresh fish maw. For me, it had an acquired texture and taste. I still like my fish maw fried and cooked in soups and stews. 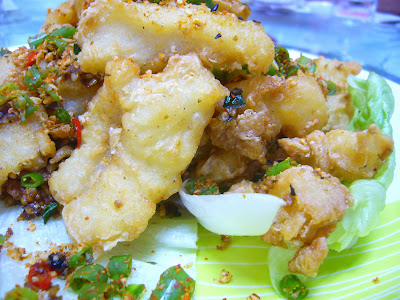 The Deep Fried Cod Fish Fillet with Salt & Pepper was one of my favourite dishes that night. Though the seasoning overpowered the natural taste of the fish, the explosion of spiciness and savouriness was almost like the NDP fireworks in my mouth. Not that it was extremely spicy, but that it was flavourful! 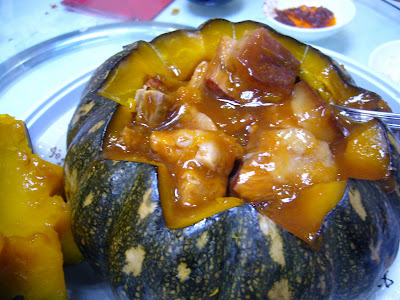 Another excellent dish that followed was the Stewed Pork Belly with Pumpkin. It was so good, it prompted for an order of another bowl of rice. The pork belly was fatty (duh) but melted away in my mouth. Stewed for several hours in the pumpkin, the pork belly was really tender and the gravy flavoured the soft, starchy flesh of the pumpkin well. For many, this was clearly the star of the dinner. 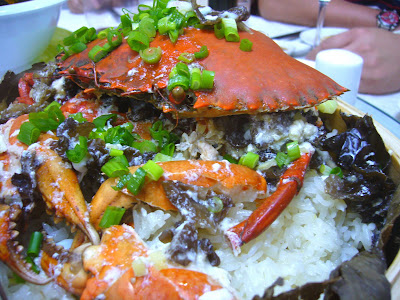 The last savoury dish served was the Steamed Crab with Glutinous Rice. The glutinous rice was nice and sticky though a tad salty which overwhelmed the crab. 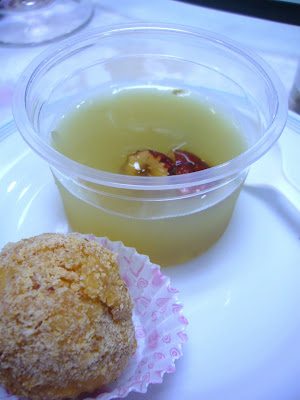 Desserts were a duo comprising Glutinous Rice Ball and a (Osmanthus/Green Tea?) Jelly. Both provided a sweet ending to the meal but were otherwise forgettable. 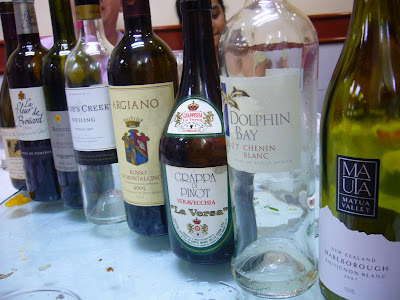 As a final round up, a few shots of Grappa chased away that Monday blues. Glad that Karen and Wayne could join us. Yay! Their very first Makankakis dinner and I can predict with many more to come! 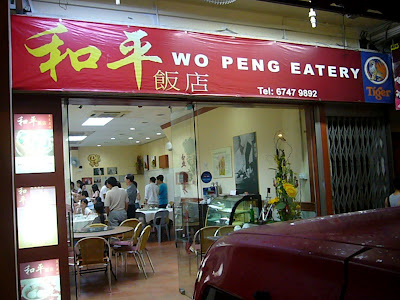 Chew On This: Wo Peng's Chef-owner Juliam Tam was formerly from Furama Palace. In fact, the amicable Captain May was an alumni of the latter too.
Posted by The Hungry Cow at 4:51 pm

wow, yr makankakis got how many people? organised by you one? anyway how much u all paid for the dinner?

ladyironchef: Chill dude. 3 qns in 1.2 sentence seems like interrogation. Haha. It's organized by foodies who are far more experienced than myself and dinners vary from $30-$40. Will be most happy to have you in subsequent makankakis dinner.