Sometimes, there is nothing like a hot bowl of Bak Chor Mee (minced pork noodles) to satisfy a grumbling tummy. One of my favourite haunts for this simple, humble and delicious local hawker food is at the Chai Chee Noodle Village at East Coast Road. 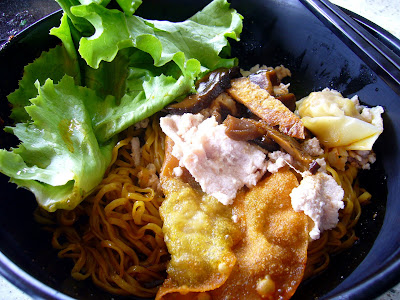 An order of Bak Chor Mee Kia Da ($3), which roughly means the dry version of minced pork with thin egg noodles, featured springy noodles that were firm and did not clump together. The sauce of vinegar, chilli, oil and mushroom gravy was a good mix of savoury, spicy and acidic tones. I love my black vinegar!

Besides the slices of pork, minced pork, mushroom slices and a fried wanton, I also got a boiled wanton as a substitute for liver, which I do not eat. That's quite a bit of ingredients for a $3 bowl if you ask me. 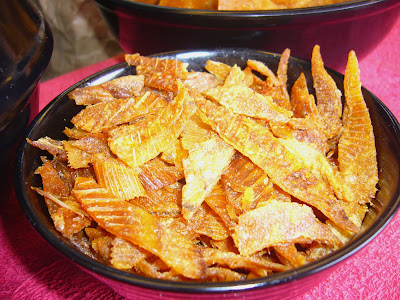 One very crucial ingredient that they use here is Ti Po, a flatfish that imparts a salty, savoury touch. Slightly crunchy, it also has a beautiful fragrance once chomped on. The Ti Po is added to the noodles and it also makes an appearance in the wanton. Nicely done!

After you are done with the noodles, slurp up the soup that comes in another small bowl. (Note to self: Remember to take a picture of the soup before drinking.) It is a light and tasty broth infused with the goodness of pork as seen by the cloudy protein precipitates.

With Bak Chor Mee like this, it's no wonder the noodle dish ranks as one of Singapore's most popular hawker dish. 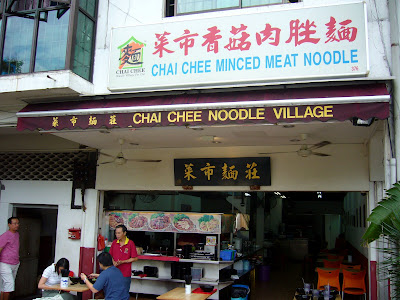 Chew On This: The place opens 24 hours so it's perfect for an early morning breakfast or a late supper!
Posted by The Hungry Cow at 12:35 am

oh i ate the one in amk, it tastes great! last time the queue used to be very long, but don't know why now no more queue. hehe

mama bok: It's music to my stomach too!