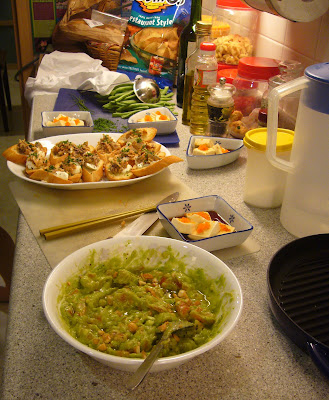 After the mooooonths of hard work planning, drafting, liaising and putting together the bits and pieces to organise ValenWine 2008, it was time for the organising committee to celebrate its success. Having a few bottles of wine given to us and wanting to share it among the committee, I volunteered to have the celebratory dinner over at my place. It would make more cents sense as it'll be cheaper than dinning out, plus we needn't worry about corkage.

So a Saturday evening was picked and the committee descended for dinner. I have to apologise for not being able to release the menu until dinner that evening as I was working on a very tight schedule. And in case the food was that bad that it was difficult to tell what was what, I've listed them down to de-mystify any doubts. :p

Dinner had no particular theme and it had a mix of Mexican, Chinese, Japanese and French influences. Oh wait a minute. I remember one lady who requested for the dinner to be a low-carbohydrate one, whatever that means. Haha. So it was toned down on the 'filling' aspect as the main stomach-filling carbohydrates were pulled out. 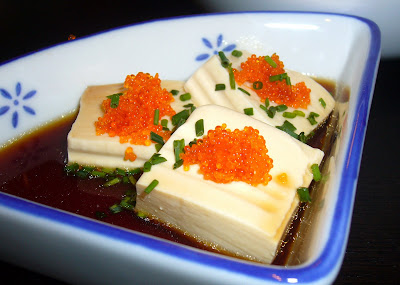 Dinner kicked off with the Chilled Japanese Tofu with Tobikko, Mirin-Soy Sauce. 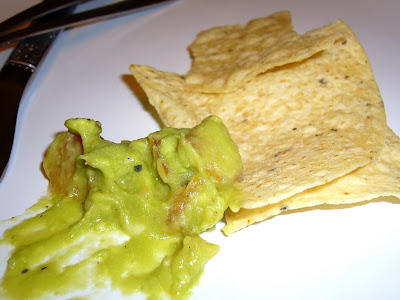 Hungry people gobbled up tofu. Quickly came the Guacamole with Corn Chips. A hint of carbo to line the stomach perhaps. 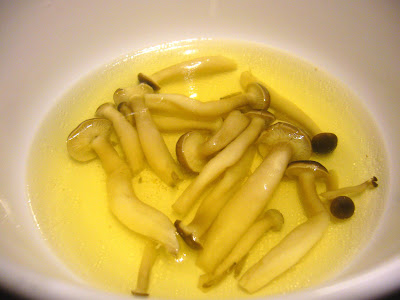 And to warm stomachs up, a small serving (okay, almost all the servings were small as I've had diners "complaining" about too much excess in past dinners) of Brown Shimeiji Mushrooms in Clear Chicken Broth made its way to the table. 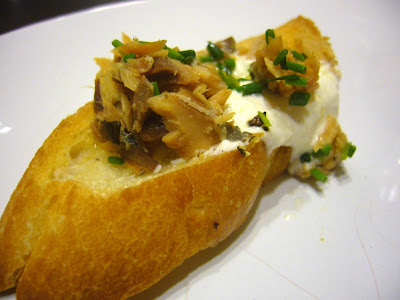 For that bit more carbo to line the stomach against the wines, we present the Smoked Salmon Bruschetta. I used the smoked salmon that sis bought from Canada. It tasted rather similar to canned tuna actually. 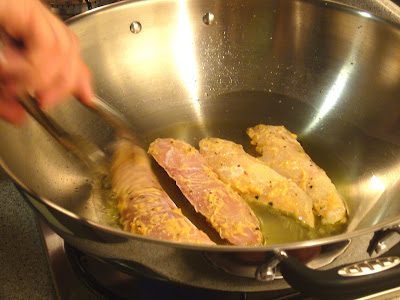 Miso Red Snapper Fillets with French Beans marked the first meat dish. I was too busy juggling the cooking and entertaining that I forgot to take the photo of the plated fish...and beef. Good thing Jun Yan took photos of the cooking process which featured a bit of the fish and beef. 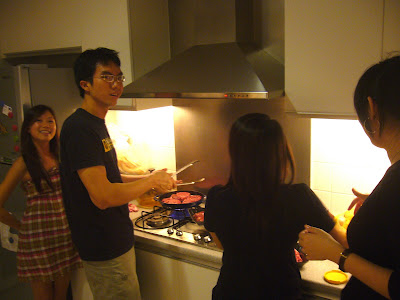 Talking about beef, having three beautiful ladies surrounding the ribeye steaks makes me a happy cow. ;)

Brazilian Ribeye steaks were seasoned with orange-ginger salt and black pepper (thanks Cora!) before sizzling away on the cast iron grill pan. Thinking back, I should have gotten more beef but that would need an increase in the budget I was working on though. Non-beef eaters were served a Rosemary and Lemon Pork Chop. Both beef and pork chop were served with Roasted Garlic Potatoes. 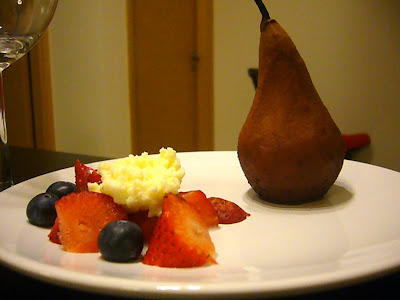 And thinking of the waistline, dessert came in the form of Wine-Stewed Pears with Berries and Mascarpone Cream. It was my take on Weylin's recipe, using Bosc pears and varying some of the ingredients and amounts. This I say is a rather healthy dessert which I like for its just-right sweetness. 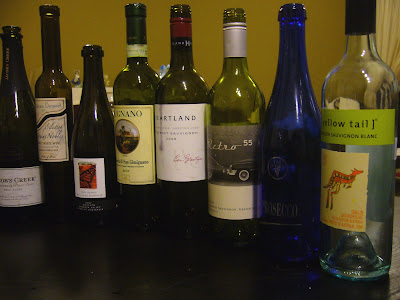 Wines of the night. 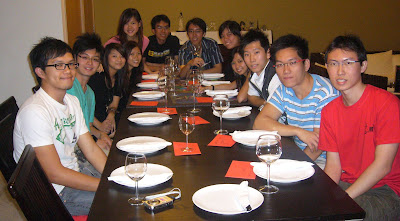 The organising committee (Danny is missing in this photo but he was definitely there!). Zhang Feng was missed but I can imagine the workload of a PhD student. I salute him for putting in the effort and time for ValenWine even when doing his PhD!

A big thank you to all for coming (to the east) and allowing me to feed you. Guinea pigs not easy to find leh. Oops. Haha. Hope you guys enjoyed the food, wines and company.

Suddenly I have visions of planning a menu, grocery shopping, preparing and cooking again... 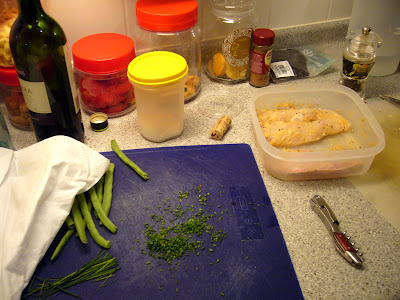 Chew On This: ValenWine will definitely be back next year. Keep. A. Lookout.
Posted by The Hungry Cow at 10:03 am

Wah! Didn't know you cook so well~
Poarched pear? I should try making it soon =)

jojo: No la. Play play only. :p Yea, the poached pears turned out really nice and are easy but a bit time-consuming. Remember to NOT over stir the cream and mascarpone. Have fun!