The event, A Trip to Tonkichi, was organised by the DAC to introduce an aspect of Japanese food that is casual (i.e. without pretence), affordable and delicious. Through this event, we also aimed to give participants a general overview of Japanese dining culture and manners. Two separate trips were made, involving a total of 60 participants. 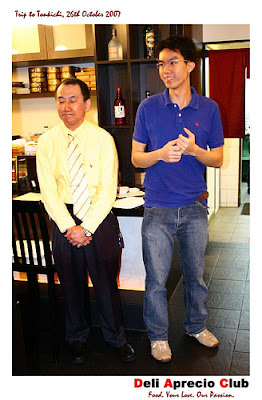 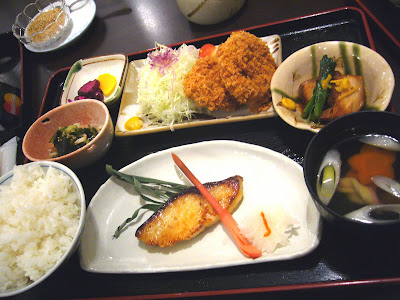 Consisting of seven items (clockwise from bottom left- Rice, Tako Su, Pickles, Hire Katsu, Buta Kakuni, Shio Soup & Gindara Saikyo Yaki), the special set dinner was a good mix of Japanese dishes. The usual suspects of sashimi, sushi, tempura and chawanmushi which Singaporeans are all familiar with, were not included. This was after all supposed to showcase a different side of Japanese food.

All the dishes were cooked/prepared using different methods from steaming, marinating, pickling, deep-frying, braising, boiling and grilling respectively. In addition, with the exception of rice, all of the other dishes contained at least two colours if not more. The Japanese believe in eating food from a wide variety of colours. Science can back up the benefits of this.

When it comes to meticulous planning and details, nobody does it better than the Japanese. Even the bowls and plates were specifically chosen. In fact, the porcelain dish on which the pickles sat, came from Obayashi-san's hometown. Making the bottom of the rice bowl thicker so that one's hand would not feel the heat from the steamed rice was another example of thoughtfulness in their dining culture. 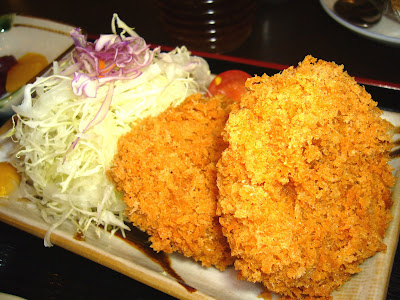 I'll start of with the Hire Katsu (Breaded Deep-fried Pork Fillet) since Tonkichi is well-loved for its Tonkatsu. Despite biting into this late into my dinner (I was taking photos and making sure everyone else was served), the Hire Katsu remained surprisingly un-soggy and retained its crisp breaded layer. The meat was juicy and when chewed together with the breaded layer, it exuded a lovely flavour. For a deep-fried dish, this didn't seem oily at all.

Grind some sesame seeds in the small bowl, sprinkle over the Hire Katsu and pour some Tonkatsu sauce to get more fragrance and a tangy lift from the sauce. The accompanying mound of cabbage with the yuzu vinaigrette helped to cleanse and prepare the palate for the next inviting mouthful. 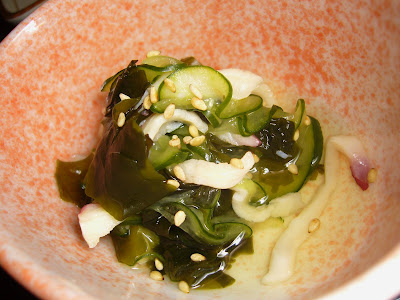 I bet quite a few were digging beneath the cucumber slices and seaweed to search for the octopus. The Tako Su (Octopus Marinated with Vinegar) was a bit of an unfortunate misnomer. If it was called 'Octopus Shreds, Cucumber Slices & Seaweed Marinated with Vinegar' nobody would be digging.

Although the name might have suggested a more decent piece of octopus, honestly it would be unreasonable to expect so given the price. Taste wise, I like the acidic base of the vinegar which wasn't too sour but enough to give the octopus, cucumber and seaweed a nice perk-up. The octopus shreds by themselves didn't seem to have much taste, or maybe it's harder to taste shreds. 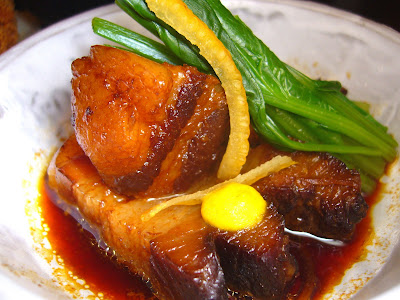 Moving on to more substantial stuff we have the Buta Kakuni (Simmered Pork Belly). Cubes of pork belly had been simmered in a shoyu (soy sauce) broth resulting in a soft texture that wasn't quite melt-in-your-mouth but still fully-flavoured by the braising liquid. It was savoury and salty from the shoyu. The bits of citrus rind on top helped to cut through the fat. Speaking of which, I still find this too fatty for my liking. But pork belly isn't exactly known to be lean yeah. 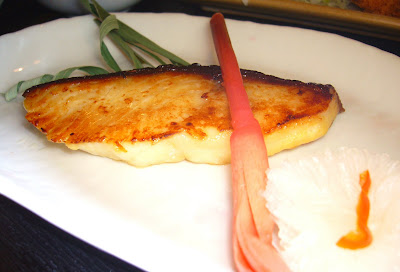 The Gindara Saikyo Yaki (Grilled Silver Cod Fish with Miso) was yummy with its delicate oily flesh enhanced by the miso. The miso didn't overpower the dish allowing some of the natural sweetness of the fish to come through. Interestingly, the pink stalk that was placed over the fish wasn't just garnish. It turned out to be ginger and one could take small nibbles at the flattened end. 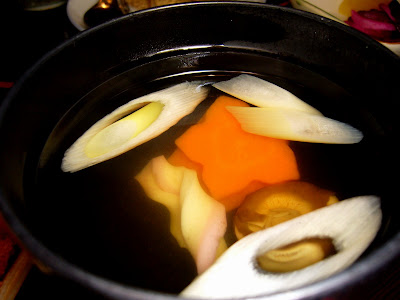 Instead of the usual Miso soup, the set featured Shio which is a salt-based stock, flavoured with fish bones here. This style of soup was lighter in taste and deceptively bland-looking. But one sip and its tasty notes of salt (it actually had taste instead of being plain salty) and fish bones pleased my tastebuds. Umamified. 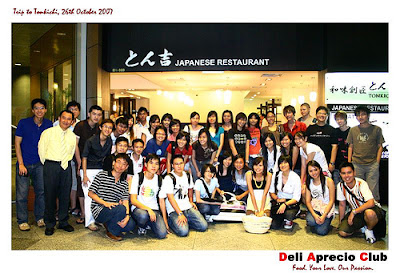 All in all, in was a success and I sure hope the participants enjoyed the educational and tummy-fulfilling trip.

Chew On This: The name Tonkichi translates to 'lucky pig'! I wonder if the pig that was sacrificed agrees. 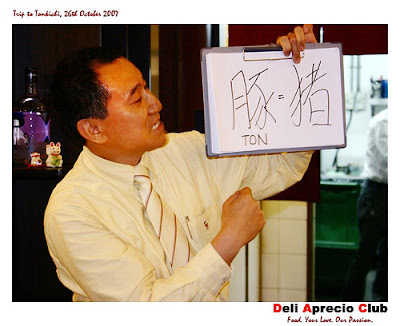 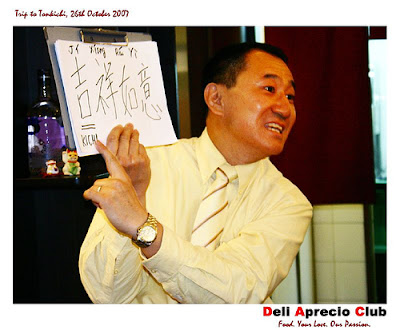 What a yummy looking spread! And I never knew Tonkichi meant "lucky pig"!

camemberu: Prior to this, me neither! We learn something new every meal. :p