I shall now start on what I would term the 'KTY series'- named after one of my poly lecturers whom I'm comfortable enough to call a friend. KTY is a very 'place person'. One who is interested in architecture, buildings and places, especially those that are of the past and even better if spiked with nostalgia. Unique, quiet places maketh this man.

So far, for each trip, we have been to more than one place. But for the purpose of this blog (and to not overload me!), I'll post up on individual places. So note that not all of the places revolve around the 'unique, old building' theme.

For the first part of the KTY series, KTY et al headed to Colbar in Wessex Estate. This is another one of those places that I've heard about but have not visited. Upon reaching Colbar, I then realised that I had actually walked passed it before, when Marcus brought us to near-by Temasek Club, without even knowing!

Surrounded by trees and greenery, with hardly the presence of people walking around, this felt so unlike typical Singapore. Throw in the fact that there's no air-con and that feeling grows stronger. 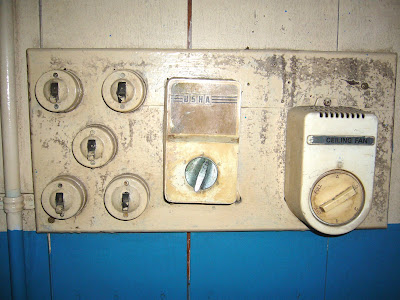 Check out the electrical switches here! The last time I saw these were back in the old St. Andrew's Junior School at Woodsville, some 15 years ago. 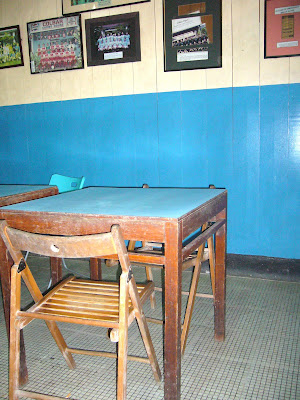 The tiled flooring is characteristic of the 80s. The simple, sturdy wooden chairs and tables gave me the feeling that they have been in an old classroom. The wooden wall boards, window glass panels and the faded photographs that hang so proudly on the walls all added that charming touch of yesteryear. This sense of nostalgia, a la Anton Ego's first bite into the ratatouille in the movie of the same name, was magic. 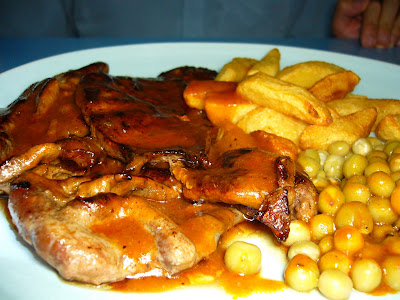 KTY ordered the Ox Liver with Peas & Chips($10). I'm no big fan of liver but I decided to try a small bit. The one here had a nice beefy taste but the 'sandy' texture of liver that I dread hit me towards the end. Strange though that I am fond of Chinese-styled liver soup. 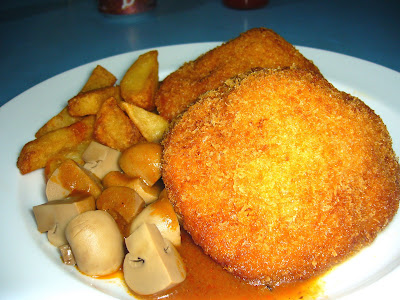 Hushie had the Pork Cutlet with Mushrooms & Chips ($9). The tender pork cutlets were fried to a glorious golden brown. 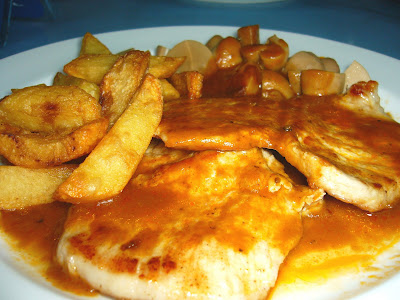 My Pork Chops with Mushrooms & Chips ($11) were a little tough. But I like the chips here which are deep-fried fat wedges of potatoes. Slightly soggy and hot, I could have eaten plates of these with the tasty generic sauce that they seemed to use for everything. Talk about the sauce, I can't exactly put a finger on what constitutes it but it's a bit like a milder version of Hainanese curry rice gravy that comprises curry and lor (stewed gravy).

Colbar is popular among the expatriate community, with some even bringing their dogs. Personally, I find the food that I've tasted here to be really average but the whole 'old-school' feeling of this place adds to the flavour. Definitely worth coming to grab a casual bite, relive the past and hang out in one of the few really rustic, laid-back places left in the concrete jungles of Singapore. 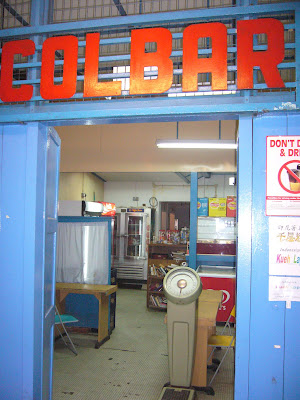 Chew On This: Colbar was originally located not far away from its present site but had to be torn down due to redevelopment plans. But thank God for the protesters who petitioned and eventually, Colbar was rebuilt on its current premises using the materials from the old building. So it's practically moving the entire Colbar from the old premise to the current one, brick by brick. So it seems that complaining does work!
Posted by The Hungry Cow at 1:08 am

The food standards are not too bad. It's very localised western food, but they do it better than a lot of coffeeshops and have options that most local westerns do not have. i kind of like that place.

Yes, I agree that they are not too bad. I just hope people don't come here expecting terrific food. But I dare say that this taste can't be found anywhere else around Singapore. Colbar has this unique, run-down feel that is rather attractive, to me.

if anything i'd go all the way there for the atmosphere - simple laidback super-oldskool chill.

edo: I can't agree more to what you said. :) Thanks for dropping by this blog!

write me an essay online said...