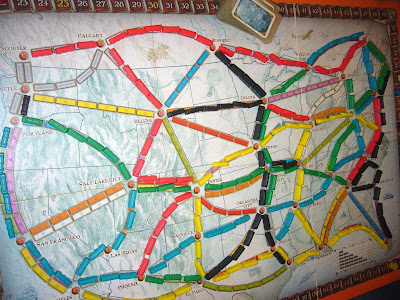 For quite a long while now, bored board games cafes have been rolling in the bucks, luring people into their cafes where board games are a plenty and gaming time is charged by the hour. A novelty that seems like a hit going by how many of such cafes have sprouted up and their expansion.

I don't really feel inclined to step into a cafe, play board games and be charged for the time I spent there so I generally shun these places...Till an Osiris outing was scheduled at Pitstop Cafe.

Warning. A long, steep flight of stairs await those who insist on ascending to the cafe at the top.

Food wise, I'm glad I did not have high expectations. After all how can one appreciate the food while playing games concurrently? So I shall take this into consideration.

I took the Pitstop ($14.90) under Party Game Packages, which entitled me to one soup, one main course, one drink and two hours of gaming. 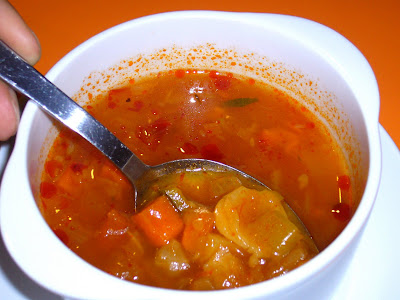 The Soup Of The Day arrived first. The minestrone here is quite light and has chunks of chopped veggies. But, I would have liked it to be richer in taste. 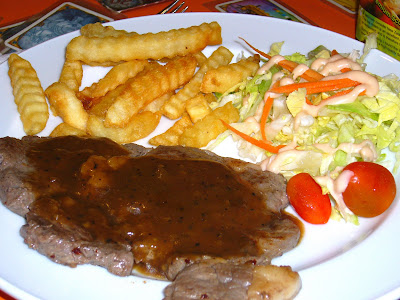 The ribeye tasted clearly of its marinate and the generic black pepper sauce wasn't too bad but did little to revive the steak. Au natural with lighter seasoning would allow the flavour of the meat to shine...Unless of course if there isn't much flavour in the meat in the first place.

For drinks, I picked the Iced Honey which was a great thirst-quencher despite being a little on the diluted side.

Games wise, this place is really stocked with all sorts of board games from retro Hungry Hungry Hippos to the ever popular Pictionary. I would suggest asking the friendly staff there for recommendations as they are more than happy to introduce games and also explain how they are played. Very helpful indeed.

Overall, Pitstop's a fun place to spend time (Don't we all wonder what to do sometimes?) with friends. Board games don't come cheap off the shelves so I guess it's board games buffet here. 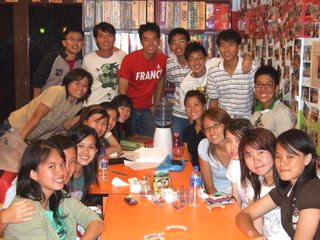 Thanks Brian for the group pic! 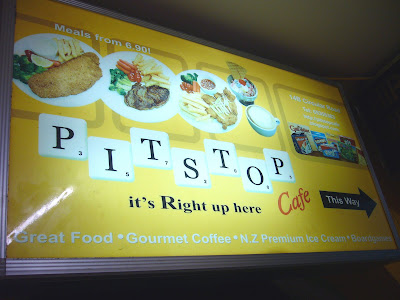 Chew On This: Consolidate a bill of above $100 within a month and you get a Pitstop Cafe membership card aka Pitstop Mini. This entitles you to a 10% on the total bill among other benefits.
Posted by The Hungry Cow at 5:54 pm

sobz.. they forgot to serve me my ice cream. T_T

Lol. The first time I saw the stairs, I thought it was a lup sup KTV.

when is deli aprecio's welcome tea?

nayr: Ran out of soup, ran out of ice cream cups.... But it's New Zealand ice cream eh.

hitori: Haha. Thank God it's not!

anonymous: If you have registered your email address on our mailing list or have already signed up as a member, you'll soon receive an email with all the details. Hmm...wonder who might this be?