As with good movies, there is a sequel. And as with good food, there is a return. I couldn't imagine flying back to Singapore without eating the Fish Maw in Claypot at Yaowarat again.

But since I would brave the (horrible) traffic jam to get that Fish Maw in Claypot, I might as well also order some other dishes that have managed to evade me the last time. When in doubt, follow your nose. This advice led me to a stall directly across the road from the one where I had my fish maw affair.

It was noisy and lively with orders being shouted across and loud invitations for potential customers to take a seat and try their food. The sight of large prawns was alluring, the sizzle on the grill made for melodious symphony while the smell was irresistible. I had to get my hands, and teeth, on them Grilled Prawns (300 Baht for Large). 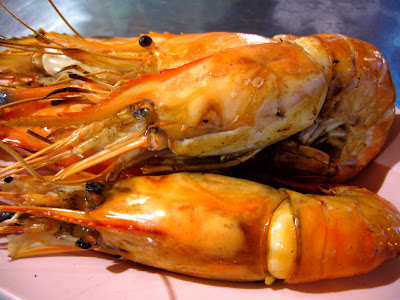 The flesh was chunky but a tad dry. I suppose that's the downside of big-sized prawns. It was fresh but I suspect smaller prawns would give a more succulent flesh. 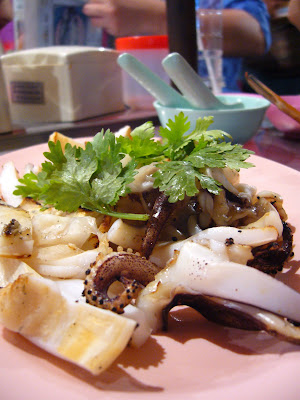 The Grilled Squid (200 Baht for Large) was honestly average but I like the fact that it was minimally seasoned. Most of the grilled items here seemed to be. 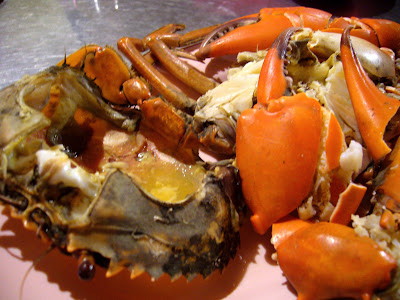 The Crab (forgot the price) was simply barbecued. Its meat was fresh and firm but the sight of mud on some parts of the crab's exterior was a turn-off. I dare only put my lips on the flesh for fear of literally eating dirt. 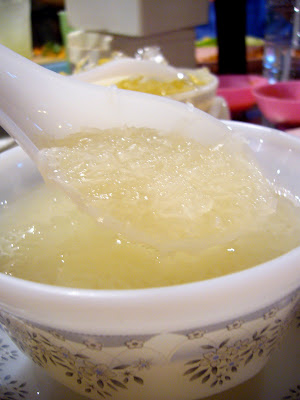 Thailand is also well-known for Bird's Nest (150 Baht) and this would be bowl number two for me. While the one I had the other time had a 'raw' taste which I did not take to, this one here had a better taste. Not that Bird's Nest itself had much of a taste, but I'm talking about the liquid in which it was cooked in. It was sweeter and had a slight pandan flavour. The strands of Bird's Nest were indeed very generous. 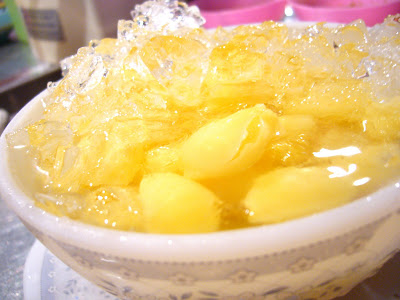 The other dessert was Gingko Nuts (100 Baht). The ones here were soft on the outside but firm inside with a pleasant bitterness. Once again, the Thais are not stingy with their Gingkos. Woot! I feel the surge in brain power already.

And if your memory is good. I actually came back for the Fish Maw and Fried Mee Sua which I did order but have decided not to feature them in this post as they were from the same stall which I have earlier posted on. Just order it here at the seafood stall and the guys will get your Fish Maw order across the street using hand signals. Rather amusing to watch. 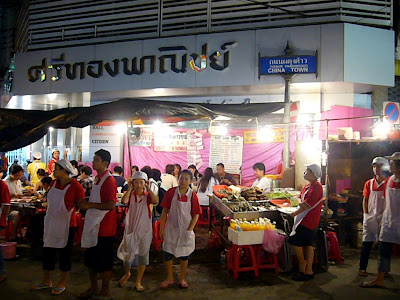 This stall sits smack at the sign 'China Town'. It's just across the main road from the Fish Maw stall that I had previously blogged about.

Chew On This: Apparently this stalls claims to be the first stall to set up in Yaowarat. Believe it or not.