A Pot Worth Sailing For

Aye! What? Still no Tom Yum? Hold your horses for what I'm about to blog about far beats any Tom Yum that have slid down me throat.

Beyond the exotic clout of lemon grass, chillis, galangal, Thai basil, fish sauce and kaffir limes, there lies a treasure that few know of. The secret map points to Yaowarat or known as Chinatown to civilisation. Most greedy mates get blinded and lured by the more famous Tom Yum Goong, Pad Thai and Green Curry but these are mere distractions I say.

A late weekday night saw me navigate to Yaowarat for dinner. Dark and dingy buildings lined the area with most shops closed. But them hawkers along the roads are a bustling bunch. Brightly-lit stalls and the furious clanking of metal on wok adds some life to the otherwise ghost town. How could me not be tempted as the smell of barbecued crustaceans drifted in the air.

The fish is a good thing to eat. But cross me heart with me dagger, the fish maw is much better. 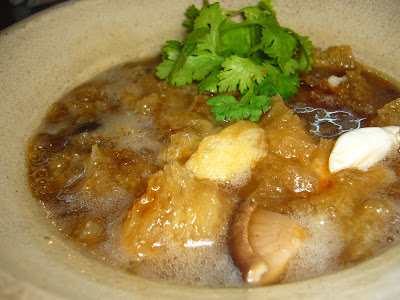 In fact, I would sail to world's end, brave the cursed storms and sell me Black Pearl for a hot claypot of the Fish Maw (100 Baht) here. Generous pieces of fish maw with fresh crab meat and Chinese Mushrooms all in a gorgeous pipping hot liquid. 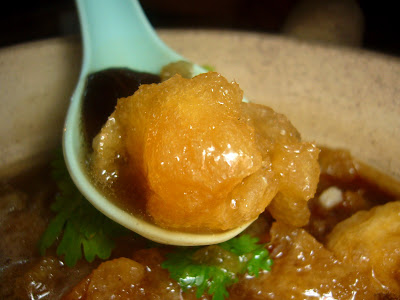 Spongy and slightly chewy, the fish maw made me mad. Mad enough to order another claypot of it. Now, don't forget to add a good dash of black rum vinegar which immediately transforms this dish from excellent to heavenly. 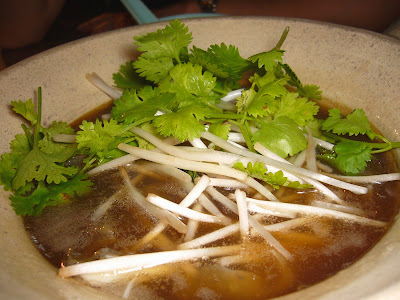 For those with a tongue for shark's fin, there is also Shark's Fin in claypot (300 Baht). Topped with those disgustingly raw bean sprouts, one can actually sift through the gooey sauce and discover pieces of shark's fin, not the pathetic damned strands. 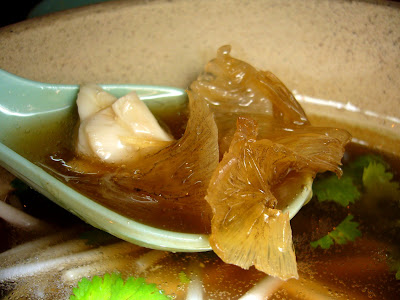 Aye, but I find no joy in eating shark's fin. Fish Maw still rocks and is more worth your gold too. 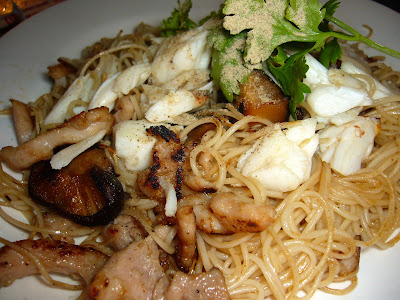 Keep some space for the Fried Mee Sua (Rice Vermicelli) (100 Baht) too. A tad oily but with a distinct wok hei that reaches me nostrils, this makes good eating. Pieces of chicken, prawns, crab meat and Chinese mushrooms each flavour the otherwise bland mee suah and the dusting of white pepper adds a kick. Mr. Gibbs better start serving this on board me ship or it's in the cannon he'll be. Mark me words. 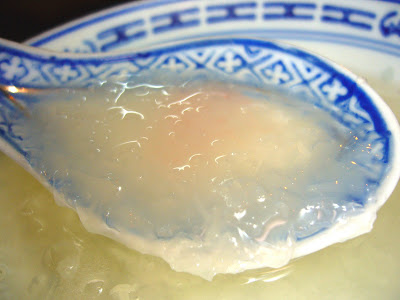 Dessert here was in the form of Bird's Nest (100 Baht) and Gingko Nuts (100 Baht). Walk me on the plank and I'll still say I didn't like the Bird's Nest. It had a raw taste which I found rather off-putting. It's saliva after all, fellas. 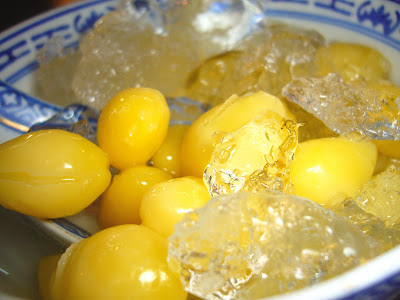 The Gingko Nuts were aplenty but like the Bird's Nest, there wasn't much taste to it except for a faint bitterness of the nut. The accompanying syrup was sweet but that was all. Maybe only Jack the monkey and his feathery friend would fight for this.

Enough for now. I need to get back to sea lest the bunch of brainless crew leave without me again. Ahoy! 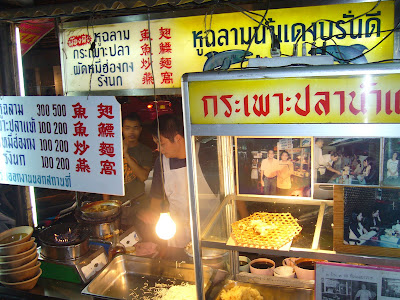 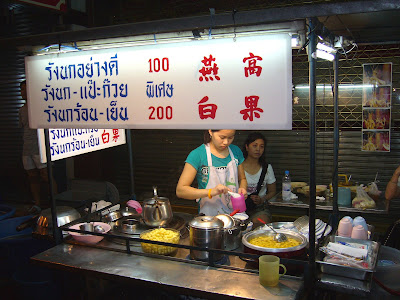 Because of my deficiency in Thai, I can't read the names of the stalls but the pictures should be helpful. These two stalls are just outside Soo Seng Heng Goldsmith, at the junction of Thanon Phadung Dao. Think they could be open only from the evening onwards.

Chew On This: Most people in Yaowarat can speak Teochew so if Thai is beyond you and English seems to add to confusion, this dialect is your best bet.