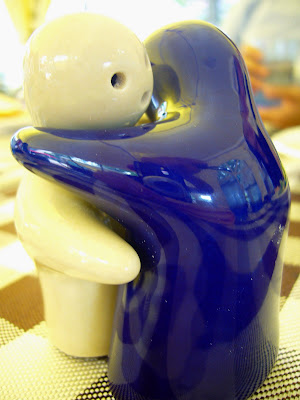 For the last event for this academic year, the Deli Aprecio Club organised a Saturday lunch at Cafe Brios over at the Grand Copthorne Waterfront Hotel. The menu really sounded good on paper (think Duck Breast with Sauteed Mushrooms and Figs, Seabass with Carrot Escabeche and Chervil Oil, Lamb Shawerma) but I wasn't really won over by the actual food. The seating outside by the Singapore River with the sun and gentle river breeze was charming though. It helped that because it was outside the main food area, the walks to and fro aided digestion. Oh and I could'nt resist taking a photo of the above salt and pepper shaker. Harmonious pair indeed.

Here's a peak of what was offered that day. 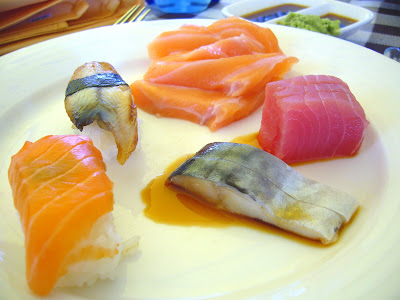 I only had two small helpings of the sashimi. That should say something. 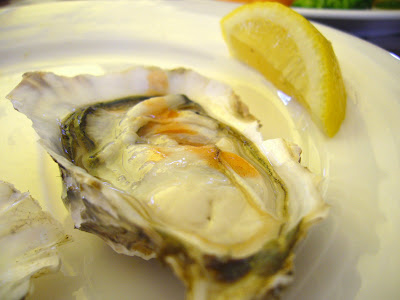 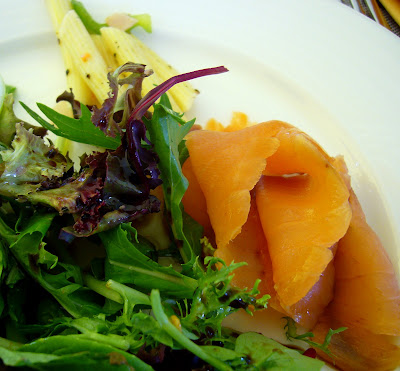 The smoked salmon with capers, pasta salad and mixed leaves made a good impression. 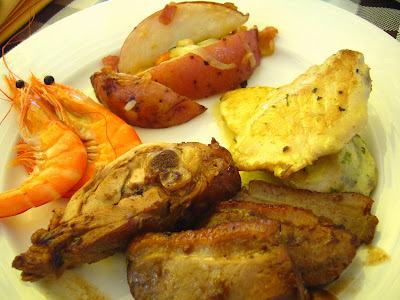 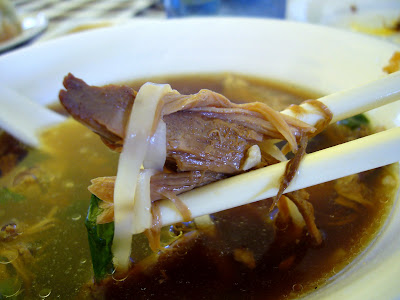 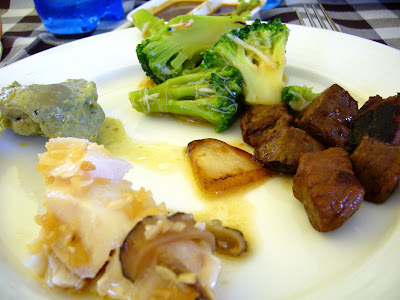 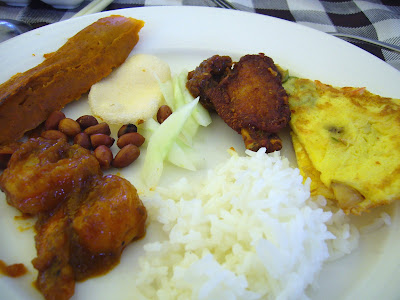 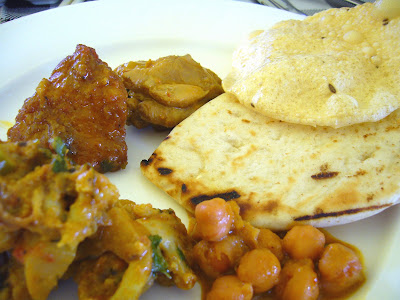 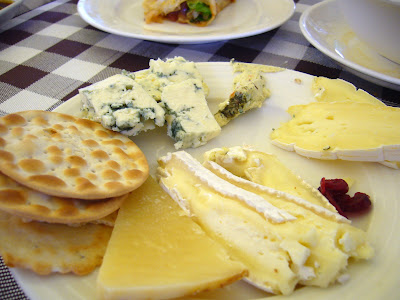 One of the things I enjoyed was the spread of assorted cheese and crackers. Made my day. 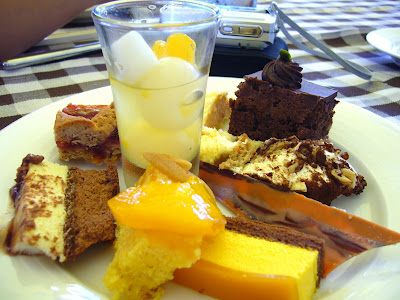 I seriously don't know how Yiling could have polished off this plate. To be honest, I was a little intimated by it.

Ok, so maybe the food not only sounds good on the menu but may also look good in pictures. But I guess it suffered the fate of constant heating/warming that resulted in some of the items becoming dry and tough. What a pity.

Chew On This: If you are bringing along kids, Cafe Brios have an interesting system of charging the kid according to his age. Call to enquire.
Posted by The Hungry Cow at 1:43 am

I must say.. for hotel standard, the presentation of the food is really bad.... And the portions?! Kitty portions (Not Cleo!!).. little!!!

Either u guy share and some how split the dishes up among yourselves making the pics of individual plates look ugly or your photography skills for influenced by the food or ive been im america for too long, hence the small portions... hahahaha

These are not the actual presentation of the food by the hotel. Thought they looked quite obviously plucked from their plates and chucked onto mine. Haha. Presentation wise, I've no complains. Rather standard, just as most hotel would be.

One trouble with me at buffets is that I fail to conscientiously plate the food neatly onto my plate. So pardon the messy pics. And you being in America for a while would have played a part too. Americanised eyes now, Jas. :P

Hey hey... I love desserts, but well, Cafe Brio's desserts really weren't as impressive as they presented them to be. I was looking forward to eating them for so long, but in the end, I guess there are better places for the desserts than them...=S

Yo Yiling, yeah I have to agree with you. Generally, it's 'ho kwah bo ho jiak' (nice to see. not nice to eat). Or in my friend, Jas', case, it's not even visually appealing. :x