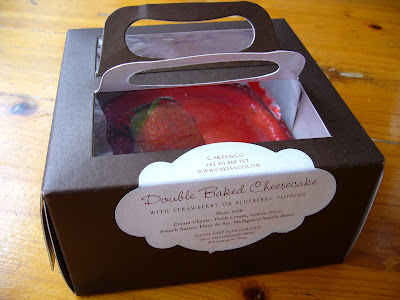 I have blogged about Lea's Cheesecake before and now a few months later, I have the privilege to try her cookies too. A bag with two jars of cookies and a box of cheesecake plus a simple but heart-warming card that simply stated 'Enjoy.'- it was a lovely gift from Lea to my mum. 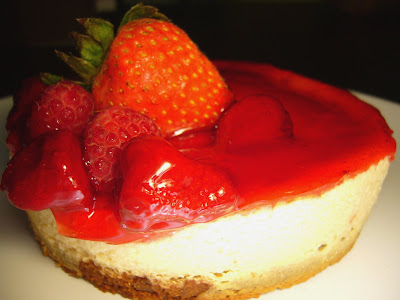 As before, her Double Baked Cheesecake still takes the cake! A smooth and creamy cheesecake with a crumbly cookie base, I had to try to keep the word 'moderation' in mind. Pardon me if the cake looks smudgy on one side. It had to bare the stress of air transport. 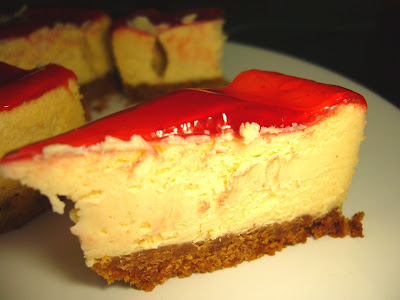 The Double Chocolate Chip Cookies had a rich cocoa taste and a rather heavy salty punch thanks to the fleur de sel. The saltiness, though a tad too much for a cookie, lifted the cookie and complemented the chocolate well. Texture-wise, it was buttery crumbly. Not a big fault but I generally prefer my cookies to have a more crunchy bite to them. 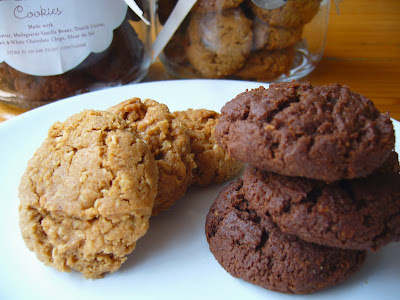 I left the Oatmeal Cookies in the fridge and what a good move that was. The coldness seemed to compact the sweet oaty flavour while enhancing a buttery aroma. The fleur de sel worked its magic here too, imparting a very savoury touch. And interestingly, white chocolate chips and Dutch cocoa were added to this cookie. But don't worry about the chocolate dominating the oat taste. I can just barely detect but a hint of chocolate here. It must have been in small (but effective) amounts that had induced a subtle sense of temptation. 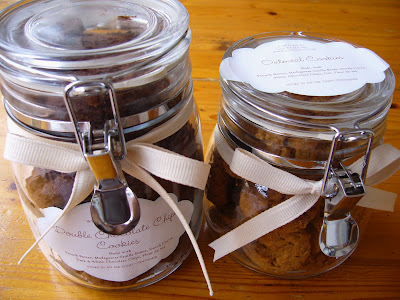 Chew On This: Lea uses gourmet ingredients such as French butter, fleur de sel, Dutch cocoa, Madagascar vanilla beans and dark and white chocolate chips in her products. Now it really is good to be a cookie monster!
Posted by The Hungry Cow at 11:32 pm