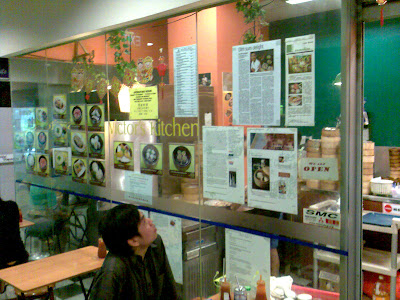 After much cajoling, a few of us decided to check out Victor's Kitchen. A small hole-in-the-wall place serving dim sum. We had intended to try out this place for quite some time now but procrastination and forgetfulness got the better of us, til now.

As seats were few and patrons quite aplenty when we visited during a Saturday lunch, we were directed to a 'satellite' branch. It's just a turn of a corner from the 'main branch'. The 'satellite branch' is actually just another unit that they have taken up and is only filled with tables and seats. The cooking and 'brain' of Victor's Kitchen are still at the 'main branch'.

For lunch that day (a very light one in my view), we had Tasty Queen Size Siew Mai, Victor's King Prawn Dumpling, steamed Scallop Sausage Carrot Cake, Chicken & Sausage in Glutinous Rice, Yummy Yummy Phoenix Claws, Milky Custard Bun, King Prawn Cheong Fun, Char Siew Cheong Fun, Deep Fried Spring Roll, Nemo's Porridge and Phoenix Porridge. These names were what was found on the order sheet. I found the English names of the food rather confusing (Wala Wala Porridge?) and some even repulsive (Nemo's Porridge = Clown fish Porridge?) But thank God for the Chinese names which made more dim sum sense. So refer to the Chinese names to order. 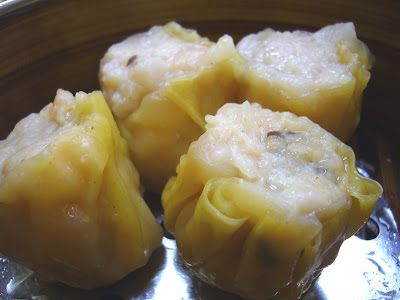 Nobody eats dim sum without Siew Mai and Har Gao. For me, these two items are the litmus test for any dim sum place. And the Tasty Queen Size Siew Mai ($2.50) and Victor's King Prawn Dumpling ($3.50) here pass muster. I didn't really find them fantastic but they were neither bad as well. 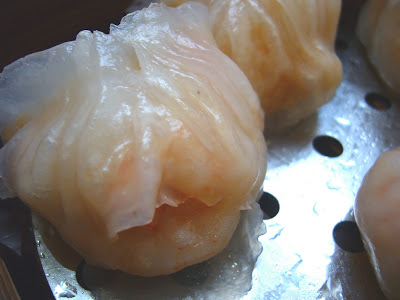 I have to mention that both tasted fresh, with the Victor's King Prawn Dumpling spotting sizable, crunchy prawns. It's skin though, could have been made be more resilient. 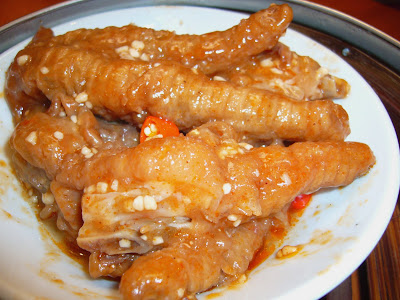 The Yummy Yummy Phoenix Claws ($3) or otherwise know as chicken feet was average. While it wasn't awful, it was also nothing to shout or blog about. I felt that it lacked some thing that would normally stimulate me to order more portions of one of my favourite dim sum dishes. 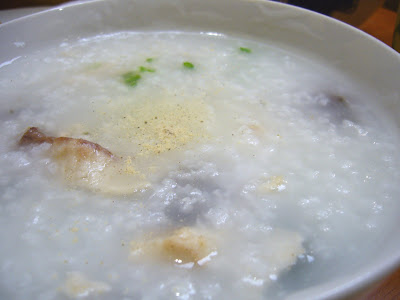 Thankfully there wasn't any orange-and-white-striped clown fish in the bowl of Nemo's Porridge ($3) pictured above. In its place were slices of snakehead fish and century egg. The Phoenix Porridge ($3) was essentially the same except that instead of fish slices, it was chicken. Both were very Cantonese-like, being more of a consistency where the rice grains disintegrate into the porridge water, forming a starchy goo. I noted the absence of julienned ginger (which I dislike biting into) which made some of my friends complain. I do have to state that a piece of ginger in porridge does perk it up with a subtle fresh aroma. 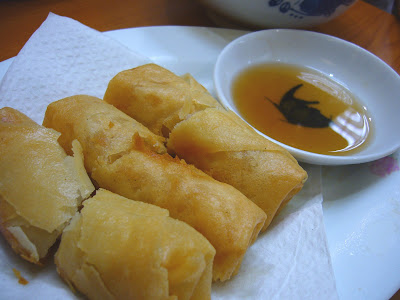 The Deep Fried Spring Rolls ($2.50) were filled with veggies and fried to a golden brown. How bad can deep fried food taste? But then again... 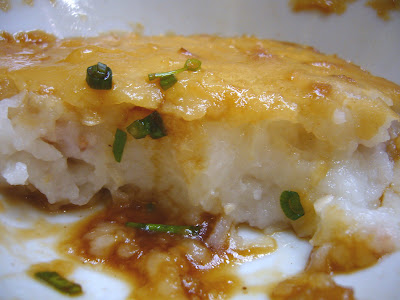 The rest of the items we ordered were much better. In particular, I have to rave about the steamed (not deep fried) Scallop Sausage Carrot Cake ($3). This was one time when I did not even bother about the scallop or sausage and just dived straight for the carrot cake. It was smooth, starchy bliss. My star pick for that lunch. 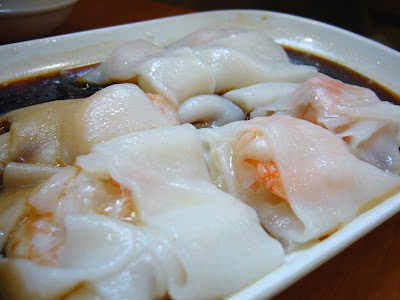 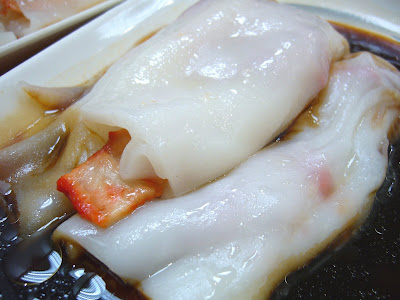 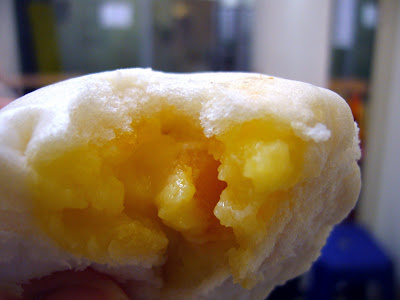 I'm not really a big fan of custard buns, preferring savoury over sweet. But the Milky Custard Buns ($2.50) here made me smile. A guy with a bun in his hand smiling may seem a tad perverse but hey it's a damn good custard bun! The slightly chewy dough enveloped a rich, creamy custard. The yellow custard wasn't dry and its sweetness balanced with the saltiness of an embedded salted egg yolk. 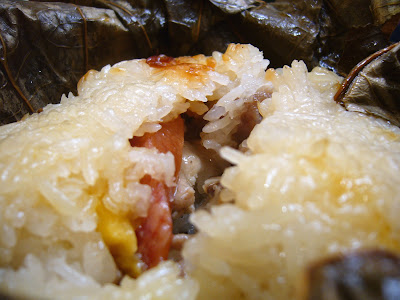 The Chicken & Sausage in Glutinous Rice ($4) came wrapped in a lotus leaf. Getting through the leaf and parting open the rice revealed pieces of chicken, mushrooms, lup cheong (Chinese Waxed sausage) and chestnut among others. 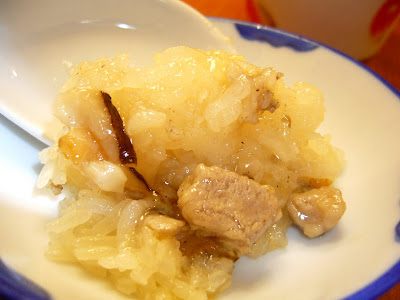 The sticky glutinous rice was flavoured beautifully with these ingredients and made for a more substantial filling of the stomach.

All in all, I did enjoy lunch here and certainly won't mind returning. Oh and please don't come expecting refined dim sum or comparing the ones served here to, say, Crystal Jade. They are on quite different scales and pricing. If good no-frills dim sum is what you seek, then come on down to Victor's Kitchen and eat some dim sum!

Chew On This: Chef-owner Victor Leung and his wife are originally from Hong Kong. In fact Victor was a dim sum chef in a Kowloon Hotel before settling here in Singapore so that their son could benefit from the local education system.
Posted by The Hungry Cow at 12:47 pm